For over 15 years the Regional Breeders Testing Network (RBTN) has served as a multi-environment trial (MET) for conventional germplasm lines. Previous to initiation of the RBTN, public breeders lacked a MET due to resource limitations, but now this network serves that role and does so at the nominal cost of conducting a single location trial for each participating scientist. With support from Cotton Incorporated, breeders routinely evaluate conventional germplasm collecting yield and fiber quality data under stresses from nematodes, tarnished plant bug, bacterial blight, fusarium and verticillium wilts, drought, and heat. Since inception, our partnership has included every university cotton breeding program across the U.S. as well as USDA-ARS scientists. This partnership grew in 2015 when O&A Enterprises joined, our first private industry participant. It grew again in 2018 when the leading Australian cotton seed provider CSIRO joined. All RBTN participants sign the Universal Material Transfer Agreement which requires backcrossing limitations in order to facilitate germplasm exchange while honoring intellectual property rights.

The RBTN is made possible through Cotton Incorporated’s “Variety Improvement” core funding which is directed by Dr. Don Jones. Dr. Ted Wallace serves as coordinator. 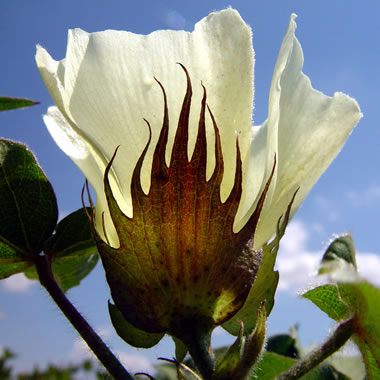 The RBTN is made possible through Cotton Incorporated’s “Variety Improvement” core funding which is directed by Dr. Don Jones. Dr. Ted Wallace serves as coordinator.